The Municipality of Louise is part of Central Manitoba Tourism.

Central Manitoba Tourism is the gateway to explore our distinctive fairs and festivals, unique attractions, spectacular food, and preserved heritage. 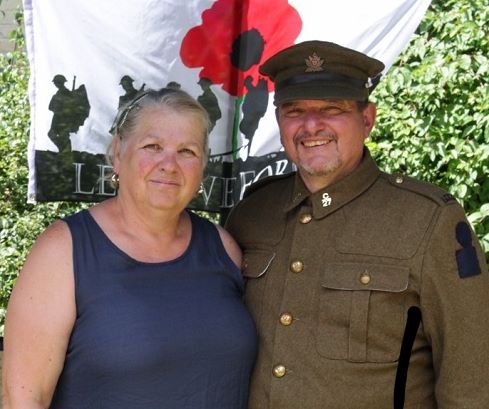 Museum is open as follows: Weekends Only: Mid-May to Mid September 11am to 4pm or by appointment.

This designated Heritage Site Building is probably the oldest in town. As you walk through the door the wonderful smell of ink and oil from the old typesetting and printing machine fills your nostrils. You feel as if you could actually be back in 1881 when publisher Thomas Greenway and Co. issued their first "Rock Lake Herald". It is completely operational and tours are given upon request. You will find your visit here fascinating.

Known by a variety of names including Nebogwawin Butte and Merry Dance Hill, the Star Mound is a 100-foot-tall, ice-age

moraine in southern Manitoba that arises abruptly from the surrounding prairie, in the Municipality of Louise. From its top, the mound offers a panoramic view of the surrounding landscape in all directions. At one time an important Aboriginal village site. A beaver-shaped burial site can still be seen on top of the mound. Excavations were carried out at the site by American archaeologist William Baker Nickerson, between 1912 and 1915.

The Star Mound School District was established in June 1885 and it operated a school building on land purchased from farmer James D. Robertson. In 1901, the building was relocated to a more central location at NE15-1-10W then, in January 1962, to Snowflake. When the high school students were instead bused to Manitou starting in 1966, the building was acquired by the Star Mound Historical Society and, in 1967, was moved to the top of Star Mound. A cairn beside the former school building was erected in 1970 in commemoration of Manitoba’s centenary. It was dedicated to the memory of local area pioneers.

The building is operated as a local museum and picnic site each summer. Further information can be obtained by calling Joan Wheeler at 204-873-2600.

Lesson From the Land Trial
The Lessons from the land interpretive tail is a pleasant 2.3 km ( 1.4 mi. ) walk through scenic vistas of the Cypress Creek valley. Located at he edge of Clearwater, the trailhead beings at the Lessons From the Land sign at the Clearwater Curling Rink. At a leisurely pace, the complete loop takes about one hour. Benches along the way allow hikers to rest and contemplate the sights, sounds, and smells of the prairie meadows and riparian forest.
http://harvestmoonsociety.org/facilities/lessons-from-the-land/#:~:text=The%20Lessons%20From%20the%20Land%20interpretive%20trail%20was%20created%20in,value%20of%20maintaining%20healthy%20ecosystems.

This is testing question template